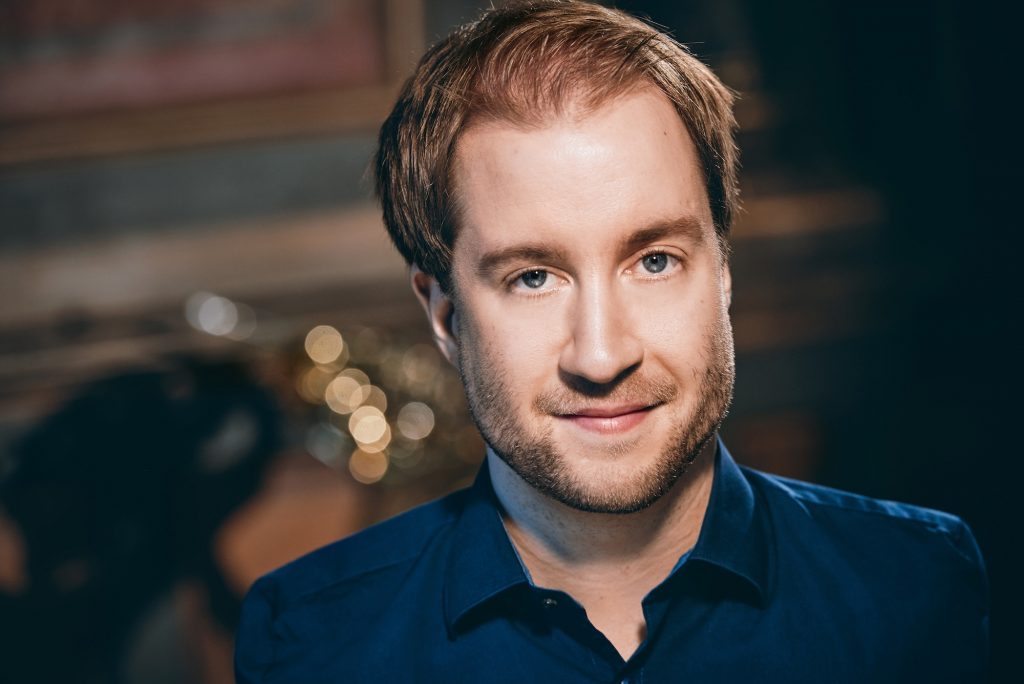 Felix Klieser is an exceptional artist in several aspects. At the age of 5, he took his first horn lessons, at the age of 13 he enrolled as a junior student at the University of Music and Theater in Hannover. In 2014 Felix Klieser was awarded the ECHO Classic prize in the category best young artist and published an autobiographical book about his fascinating life story. In 2016 he received the prestigious Leonard Bernstein Award of the Schleswig-Holstein Musik Festival.

Highlights of the 2021/2022 season are the beginning of Felix Klieser’s two-year residency with the Bournemouth Symphony Orchestra and his US debut as part of an extensive tour with the Basel Chamber Orchestra and tenor Ian Bostridge in spring 2022. Among others Felix Klieser will be performing with the London Mozart Players at the Enescu Festival in Bucharest and with the Festival Strings Lucerne in the Munich Prinzregententheater. Other highlights of the season are appearances at music festivals such as the Gezeitenkonzert, the Staufener Musikwoche and the Moselmusik festival. Felix Klieser will present his current album Beyond Words with transcriptions of baroque vocal works in several concerts with the CHAARTS Chamber Artists before his new recording with the Zemlinsky Quartet will be released on the Berlin Classics label in early 2022. In December he will be the soloist at this year’s Audi Christmas Concert in Ingolstadt.

As a member of the project ensemble “The Impossible Orchestra” of the conductor Alondra de la Parra, Felix Klieser will play in the first edition of the Pax Festival in Mexico in the summer of 2022. The cast of the virtual orchestra created during the corona pandemic includes Rolando Villazón, Alisa Weilerstein, Edicson Ruiz, Albrecht Mayer and Maxim Vengerov. In Mexico, the musicians of the “Impossible Orchestra” can be seen live together for the first time after their digital success. The contemporary composer Rolf Martinsson is dedicating a horn concerto to Felix Klieser, which will be premiered and recorded with the Deutsche Radio Philharmonie Saarbrücken Kaiserslautern in spring 2022.

In March 2019 Felix Klieser’s recording of the complete Mozart horn concertos with the Camerata Salzburg (with the label Berlin Classics) was released, represented in the Top 10 of the German classical music charts for 3 months. His debut album Reveries with works for horn and piano, which was released in 2013 and was awarded the ECHO-Klassik, was followed in 2015 by Horn Concertos, Klieser’s first orchestral CD with works by Mozart and the brothers’ Joseph and Michael Haydn, which he performed together with the Württembergisches Kammerorchester Heilbronn under the musical direction of Ruben Gazarian. In September 2017 he published his third CD Horn Trio, recorded with the violinist Andrej Bielow and the pianist Herbert Schuch at the Bayerischer Rundfunk (BR) in Munich, on which the horn player not only devotes himself to the profound trio for horn, violin and piano by Johannes Brahms but also to lesser-known works for this exciting line-up.

In the past season Felix Klieser already appeared as soloist with the Camerata Salzburg as well as the Mozarteumorchester Salzburg, the Fondazione Orchestra Sinfonica Milano Guiseppe Verdi (Milan), the Orquesta Filarmónica de Gran Canaria, the Festival Strings Lucerne, the Slovenska Filharmonija (Bratislava), the chamber orchestra of the Bavarian Radio Symphony Orchestra, the Saarländisches Staatsorchester, the Magdeburgische Philharmonie and the Kammerakademie Potsdam. He has also made chamber music appearances at the Mecklenburg-Vorpommern Festival, the Glocke Bremen, the Essener Philharmonie, the Beethovenhaus Bonn, the Tonhalle Düsseldorf, the Oxford Chamber Music Festival, the Gstaad Menuhin Festival and the Schleswig Holstein Music Festival.

From 2008 till 2011 he was a member of the National Youth Orchestra of Germany (Bundesjugendorchester), where he frequently performed at major venues such as Berlin Philharmonie, Beethovenhalle Bonn, Köln Philharmonie and Philharmonie am Gasteig Munich. He also participated in numerous productions by Westdeutscher Rundfunk (WDR) and has undertaken tours to Austria, Switzerland, Italy and South Africa.

On social media, Klieser likes to let his audience participate in his everyday life as an artist and also take a look behind the scenes at concerts. His horn “Alex”, a model 103 from the Alexander Brothers (Mainz) leads a life of its own on Instagram and Facebook and can be seen cooking, reading and vacationing. Felix Klieser has been teaching his own horn class at the Münster University of Music since 2018. He regularly passes on his knowledge in master classes.